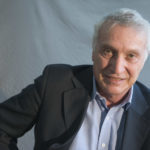 Michel Moral - UNDICI - GM: How coach supervisors can help executive in their reflection? How this is different from coaching?

Leaders, especially after the Covid crisis, are now working in a different environment while still facing pressure to perform. They might be at risk to leave their need for reflection in favour of action.

Coaching may not be the best approach to serve this need but that part of supervision focused on reflective practice is.

During this session we’ll try to outline the needs of the modern executive, reflect on how to satisfy these needs and how to name such an approach.

Michel Moral supervises coaches (he holds an ESIA) and also trains supervisors in his ESQA awarded school. He trains team coaches in several French Universities and around Europe. He is a member of the EMCC ESIA workgroup and participates in research on supervision.

Michel Moral began as an international manager and executive in Eastern Europe, Middle-East and Africa. In 2003 he left IBM to create a coaching and coaching supervision practice.

He holds a Master degree in Science, a Ph.D. in Psychology and has published eleven books.

He likes sailing, especially racing, and is curious about trimming on a big sail boat.